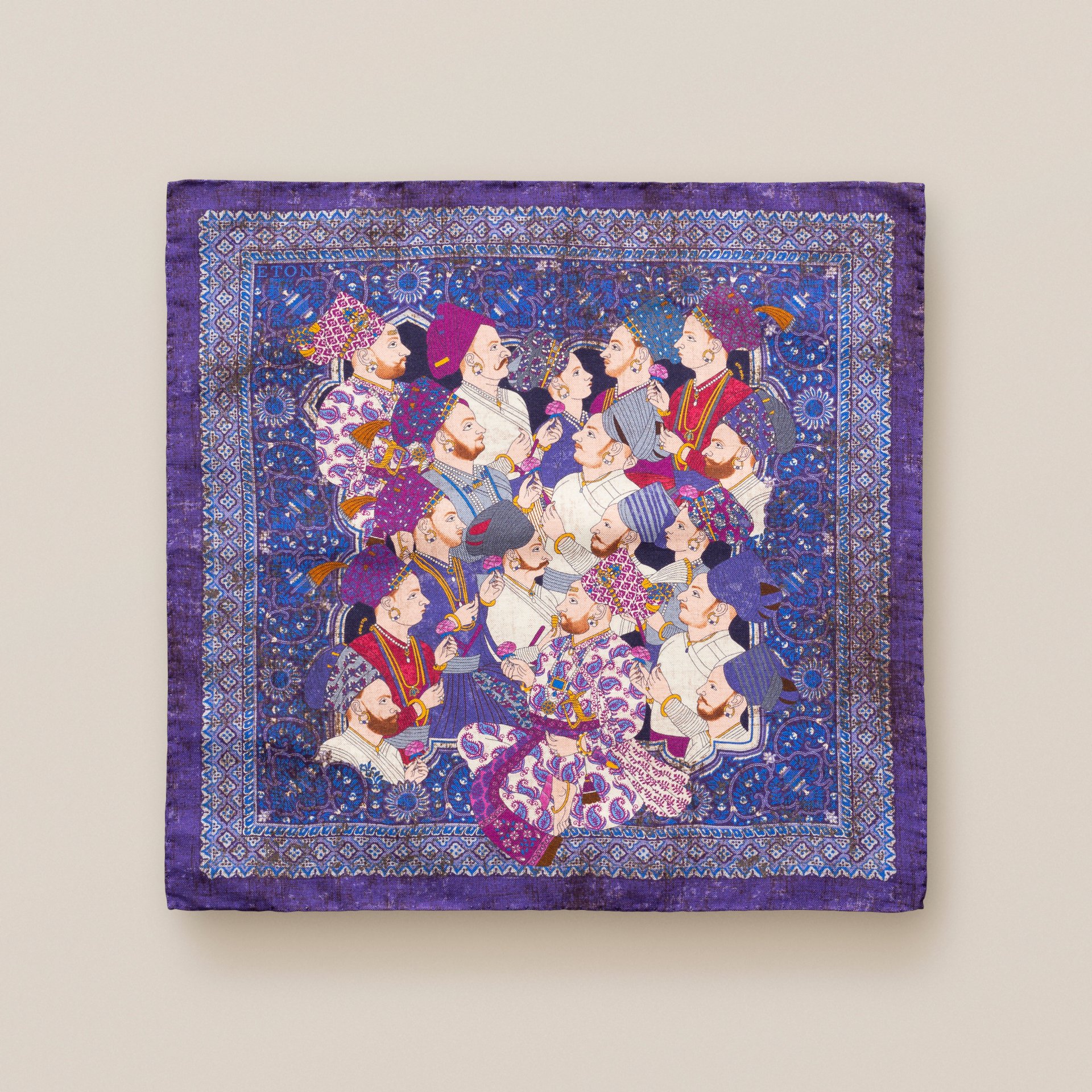 When I first laid eyes on the brand new Spring/Summer collection by Eton Shirts, I was struck by a sense of familiarity. Growing up I was surrounded by traditional Persian carpets, paintings and household items that were a piece of art in their own right. The colors and patterns of Eton's current collection remind me of some of the things I've been around since I was a kid and to see these designs transferred onto Eton's fine shirting is one of the true joys of working with clothes. Indian and Persian culture has been intertwined at different times in history for centuries, visible in areas such as art, linguistics and certain cultural values.

Nothing that comes out of Gånghester is done half hearted and in keeping with this ethos, Eton's design team, spearheaded by Creative Director Sebastian Dollinger, travelled to Rajasthan, India to explore the ancient art of block printing and to meet with master printmakers. Block printing is a technique dating back some 2,000 years and is still practiced in certain villages across India. The different aspects of this technique are skills that are passed down from generation to generation. A very time consuming process that includes fabric dying, cutting the wooden blocks used to make the actual prints and cutting the fabric. The final result is a vibrant collection of shirts and accessories that are instant collectible items, the painted truck shirt being the key piece.

As the first pieces have already hit the shelves, you are welcome by to explore the collection and add a few talking points to your wardrobe! 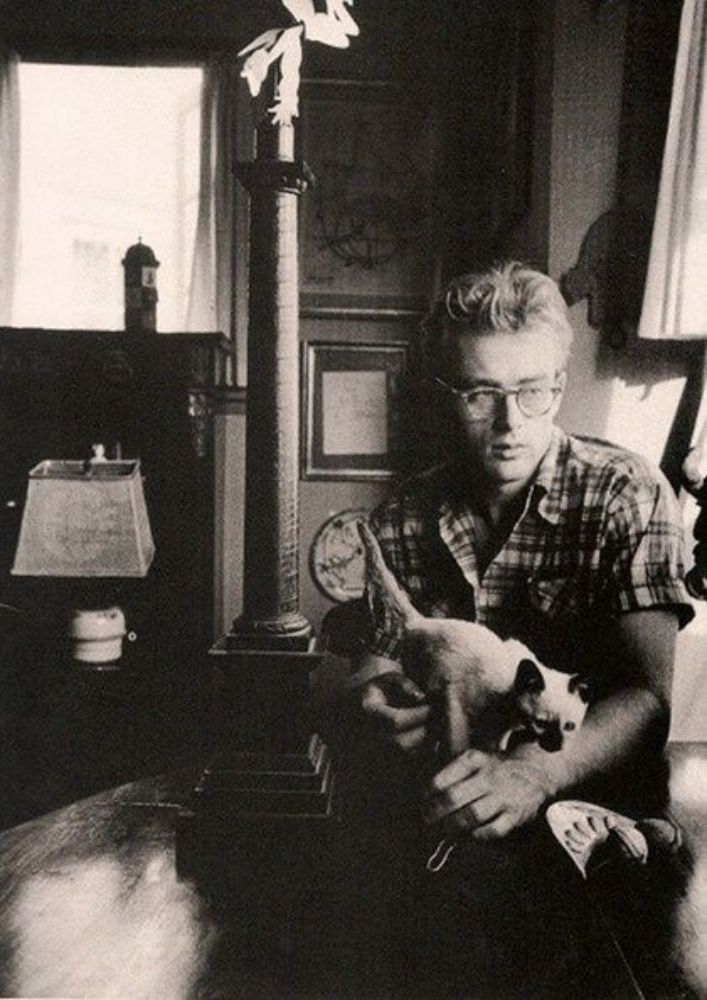 Style, What Is It Good For?

One of the most frequently asked questions I've gotten since opening Lidholm's has been "so, what style of clothing do you sell?" and it kinda got me thinking - what is style and how do we define it? It's a subject that's been poured over more than it should considering the current state of world affairs but seeing as we all have our own individual solutions to those issues, let's focus on what really matters, shall we?

Going back to my own notes and scribbles (later dubbed "concept description") when drafting the concept of the store and there's no mention of a certain style. In acting class we used to talk about the choices we'd make for a character; the internal nuances that comes out in the final portrayal. Beyond what's actually written in the script, the actor makes the choice that a certain character is well-traveled or giving him little quirks - whatever it is that adds layers to the final performance. This brings me back to the style at Lidholm's; I genuinely pictured a character's wardrobe when choosing suppliers and deciding which pieces to bring in. Maybe it's the guy I myself aspire to be or, perhaps (and most likely), it's an amalgamation of real-life men I've known and the choices I've made for fictional characters that I've encountered through books, music and film.

Personally, I've always been partial to Mr. James Dean's way of seamlessly blending feminine vulnerability with masculine style moves. That idea of contrast might be where it's all at for me; I love the thought of the American farm boy going off to college and pairing his boots and jeans with preppy sweatshirts and sport coats. A romantic notion for sure, but the  idea and, if you will, style that Lidholm's represents is born in those imaginary worlds. As men we are more than any one thing and our wardrobe should reflect just that. You may be subject to a corporate dresscode Monday-Friday but that should never stop you from throwing on that old band t-shirt come Saturday (but please refrain from sports jerseys). It will give you freedom to play around with the concept of style and maybe raise a few eyebrows but do we really want to look the exact same way, every day? If so, I would've joined the military! (Not that they would necessarily have me after our last encounter).

I welcome you to Lidholm's not only to find new threads but to explore what style could mean to you. Now, and for years to come. 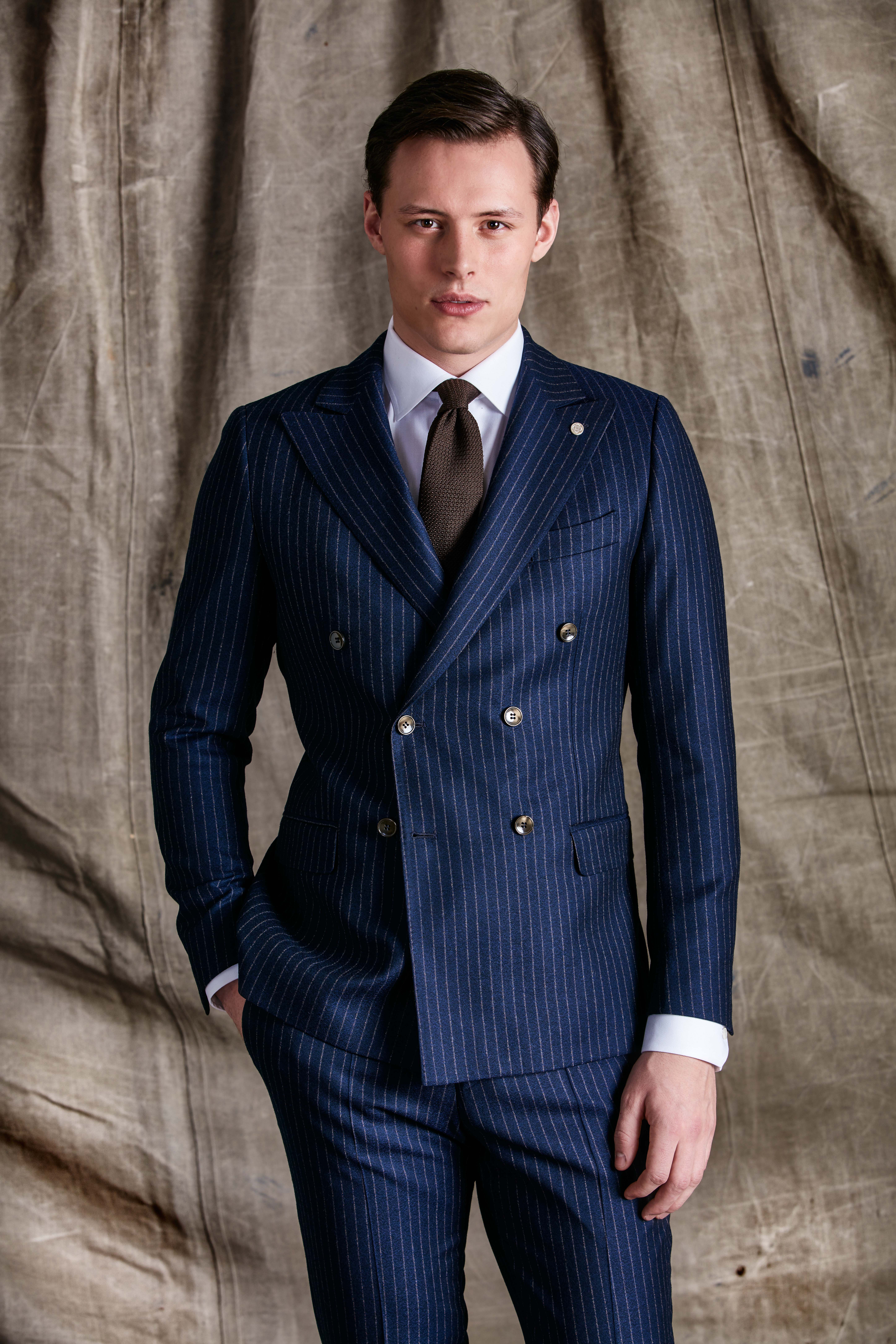 Making a suit jacket takes time but when you've been doing it since 1973, you know what works. No parts are glued or pressed together, it's all needle and thread which shows in the final result. Lidholm's Clothier is happy to announce the addition of Cavaliere to its roster of manufacturers! This Borås based family company runs its own factory which is an old industry standard not many adheres to any longer. When you try one of their suits, you can tell that they own the entire process from start to finish. Aside from the navy suit in-stock now, Lidholm's is able to cater to any sartorial need you might have together with Cavaliere. Whether it's an overall upgrade of your suit wardrobe that's needed or outfitting you and a bunch of groomsmen for that special day, we got you! Heck, let's make an evening out of it - drop me a line with what you're after and we'll make an appointment to really make sure you're at your absolute best, no matter the occasion. Cold ones on the house;) 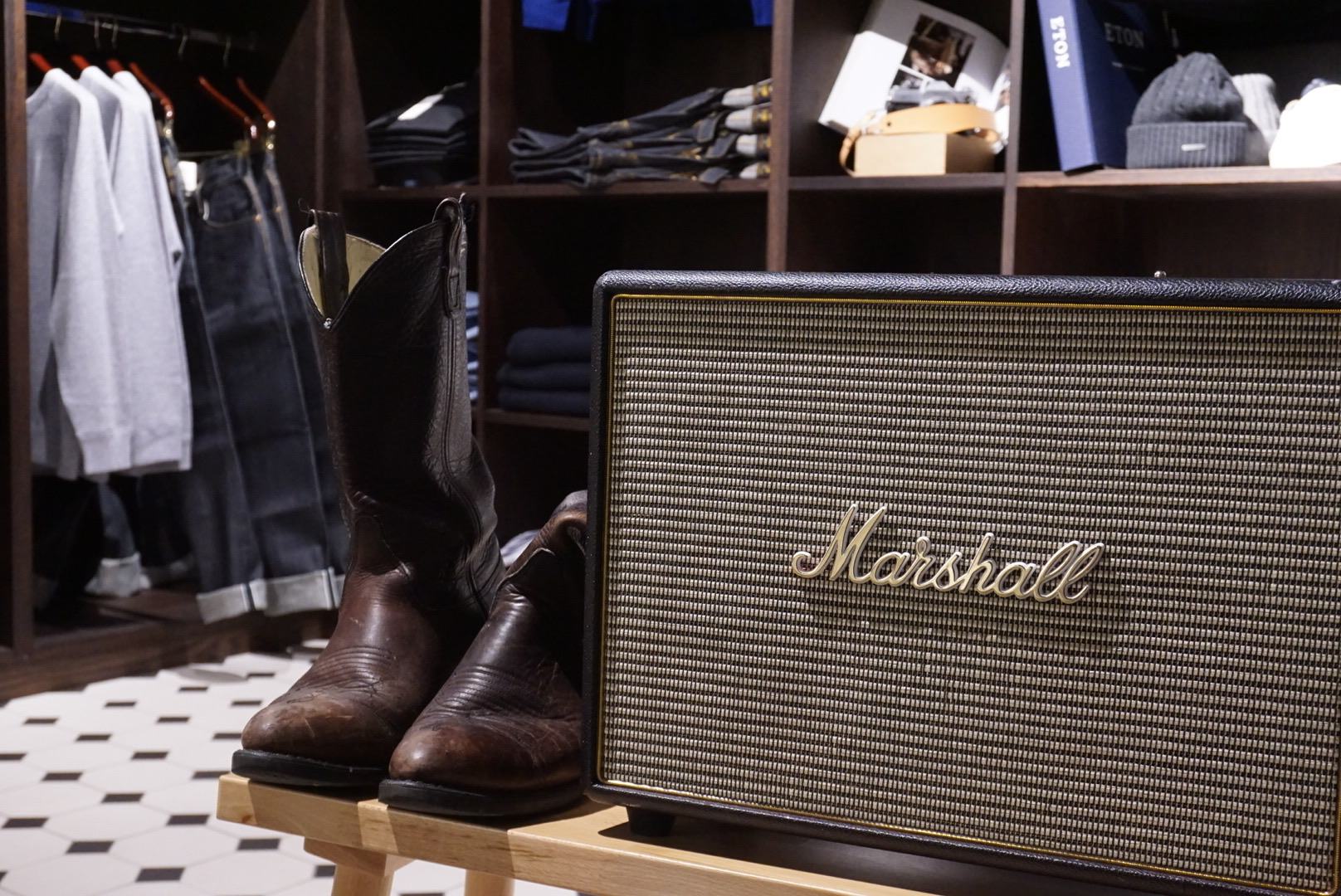 Not everything streaming out of the ol' Marshall Woburn is music, at Lidholm's you're invited to listen to some amazing podcasts as well! The sound reflection is brilliant too, it provides such a lovely ambiance to this little bricks and mortar establishment of mine. Being surrounded with my favorite articles of clothing makes for a great podcast listening atmosphere. I'm currently tuning in to the back catalogue of Blamo! and Handcut Radio. The respective access that Messrs Kirkland and Cvetkovic have is just off the charts and the guests they chat to are all heavyweights in their own right. Below you'll find links to some of them and I'll be doing another post about my favorite episodes shortly. Although Alec Baldwin and his Here's The Thing podcast isn't about menswear, I think it's vital that we branch out and find creative inspiration elsewhere. If we only look at other industry insiders, that circle will become a creative noose before long! This is also the perfect segue to another WNYC Studios production; Open Ears Project. If you, like me, have struggled with and been drawn to classical music in equal measure, this is for you! Each guest provides a brief introduction to their favorite piece and I think it's this background that makes for easy listening once the music commences.

Enjoy and if you have any other podcasts I should be subscribing to, drop me a line and let me know!